Ladron Peak from the Magdalena Mountains near Soccoro, NM.
UNM, Albuquerque, & Surrounding Area
Here in Albuquerque, we are at the center of the Southwest with diverse biomes to explore; from the Chihuahuan Desert, plains grasslands, and high alpine in the Rocky Mountains. The city is situated between the Rio Grande at 4,900 ft and the foothills of the Sandia mountains at 6,200 ft in the dramatic Rio Grande rift zone. With a metro area population of ~900k there are fantastic options for dining, entertainment, and night life.

The whole of New Mexico has a culture and cuisine not found anywhere else. Green chiles, red chiles, posole, stuffed sopaipillas, green chile cheeseburgers, carne adovada, piñon, frito pie, biscochitos… Additionally, hot air balloons are a frequent feature in the sky above ABQ. And with Santa Fe only a 45-minute drive away, you can experience its deep history, world-famous restaurants, and an incredible art scene, including the Santa Fe Opera House and Meow Wolf.

Within 2 hours:
Outside of the magnificent Sandia mountains directly east of ABQ, we are only a 2 hour drive from numerous mountain ranges and beautiful areas in any direction. These include:

Jemez Mountains & the Valles Caldera – A supervolcano (like Yellowstone) with several hot springs that you can hike to and streams to catch trout. This mountain range is also home to 1 of the 2 endemic species of salamander found in New Mexico.

Sangre de Cristo Mountains – The Southernmost point of the Rockies, you can hike to alpine lakes above timberline.

Sunset over Albuquerque from the top of the Sandia Peak Tramway.
History in New Mexico
Inhabited by Native American tribes, namely the Pueblo peoples, since prehistoric times, this southwest landscape has many important cultural heritages sites and continues to be enriched by these native inhabitants. New Mexico has 19 Pueblos and 3 Reservations and 3 UNESCO World Heritage Sites including 2 cultural sites (Taos Pueblo and Chaco Canyon). As the land that is now New Mexico was once the Spanish colony of Nuevo México, it’s capital – Santa Fe, designated in 1610, is the oldest capital city in the USA. 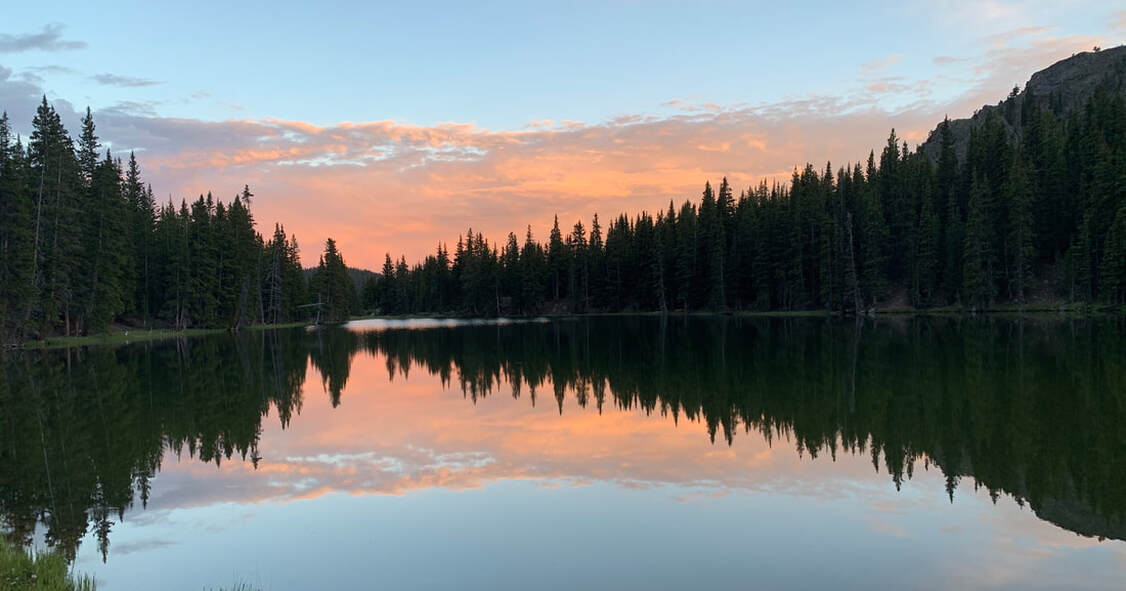 Evening reflections on Heart Lake in the Latir Peak Wilderness.
In Albuquerque
Some of the favorite things that I have discovered in ABQ and some things that I look forward to exploring after Covid.